Food, Food, Food (and much more) in Florence!

I love the train – you get to see a lot and it is very relaxing!

Yes, this time we took our first train to Florence from Rome!

See the speed these trains go? 130 Kilometers/Hr., so about 85 mph, and these are not even the high speed trains!

We are traveling on a EuRail pass during our remaining time in Europe.

Entrance to our Florence apartment

We stayed in an apartment hosted by our friends, Nada and Lorenzo.

Nada is now living in Sydney (my Moms saw her there), but Lorenzo met us in Florence.

Here is Lorenzo greeting us

Lorenzo in his friend’s wine shop. See the big jugs? She sells her wine from these and siphons them into bottles — my parents said it is great Italian wine.

Their apartment was very nice and had everything we needed, especially air-conditioning, since it was very hot in Italy.

We were located right in the center of town, and could walk just about everywhere!

The first day, we went to three nearby churches.

Each was very beautiful in its own very different way.

The most famous church that you see in all the pictures of Rome has the a large cupola, which is a dome, and was painted by Michelangelo himself, who was actually born in Florence.
Lorenzo gave us a list of things to do, restaurants to go to, and of course, their favorite gelato places! 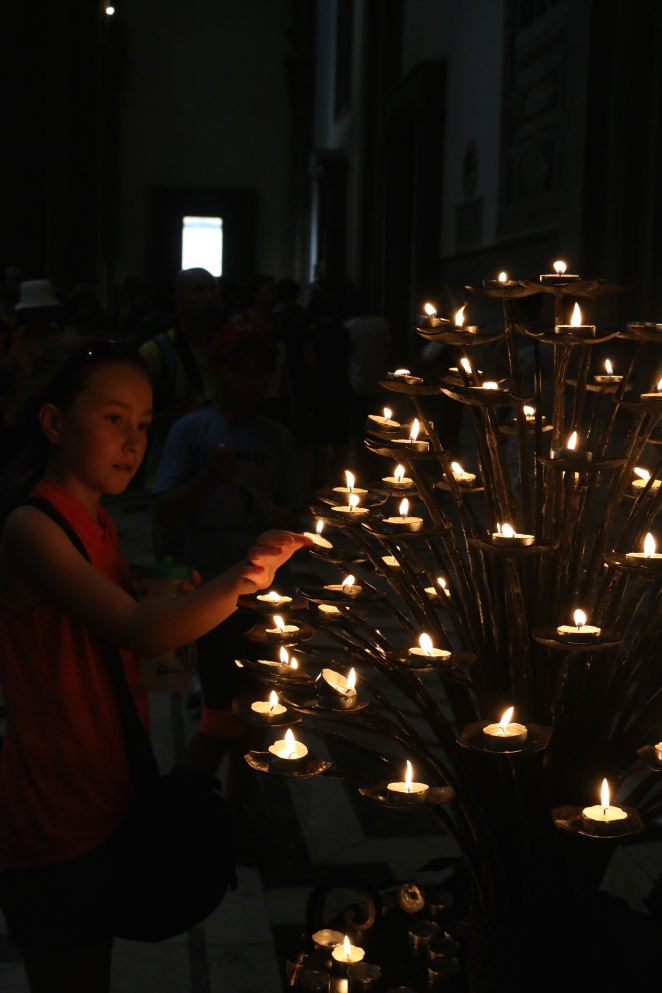 The first night we ate in a small (but famous) bistro.  I had unbelievable pasta and clam sauce (the first of many, but not better than my Mom’s 🙂 !) My parents tried the eggplant and and pasta and the first Florentine Steak, in its place of origination, Florence — We all had to try everything — YUMMY! 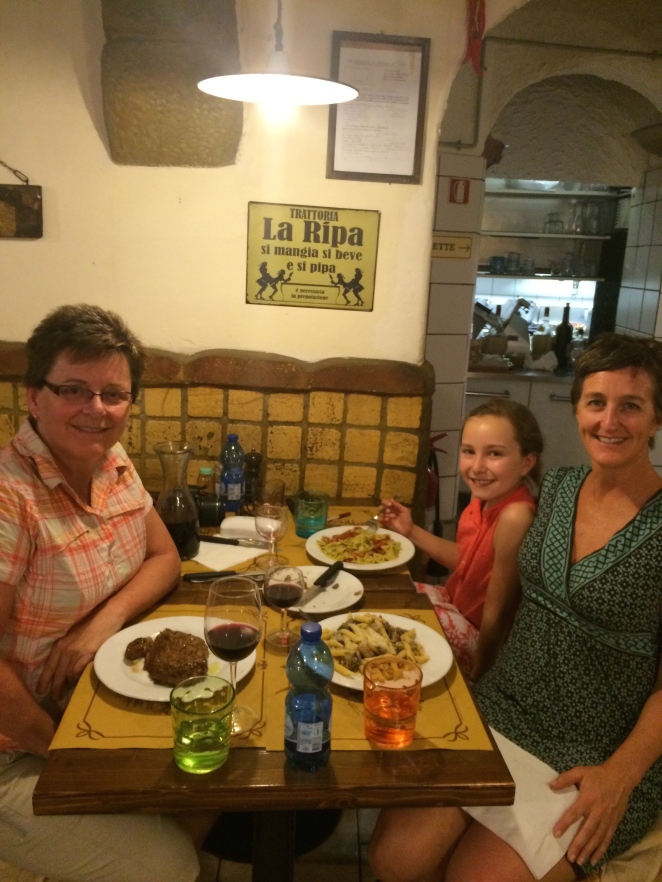 ….and a homemade cannoli for dessert!

The next day we went to a couple of places that Nada recommended in Lucca, a small town near Florence.

It is very beautiful and is encased with walls around the entire city.

The walls are called “ramparts.”

We ate at the pizza place which Nada suggested – and my parents had pizza — why not?

We are in Italy, after all!   Lucca is famous for their chick pea pizza, so we tried that, too.

Then we went to a very nice candy store where I had some meringue and we got some fruit bread for Lorenzo, too.

We observed a beautiful wedding….. 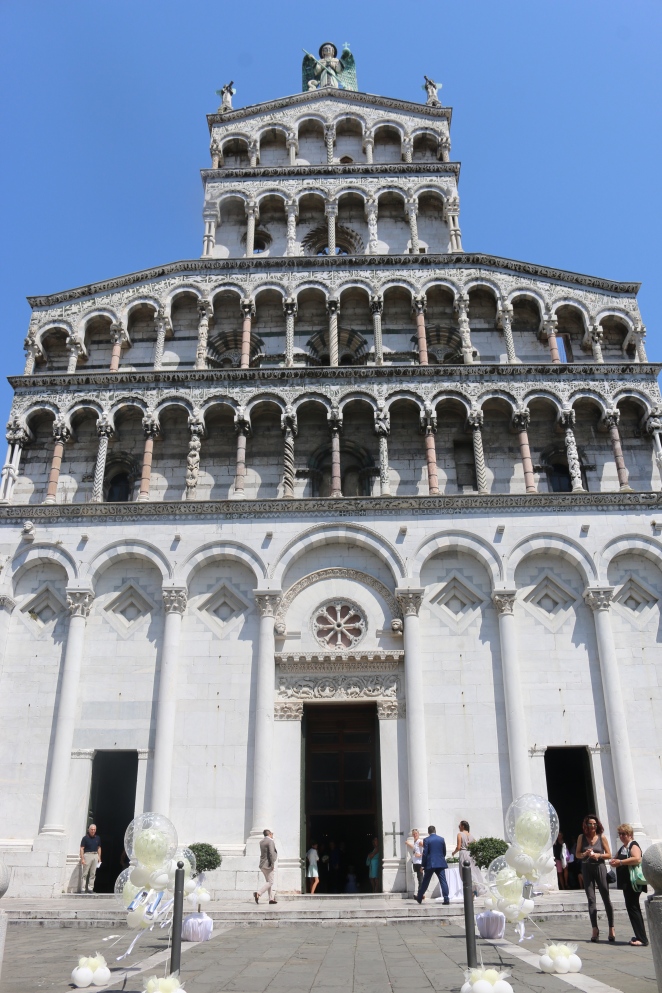 Did you know that Lucca is right in the heart of Tuscany and is very close to Collodi, where the puppet and story, Pinocchio originated?

Walking along the ramparts

Afterwards, we went to none other than the “Leaning Tower of Pisa!” 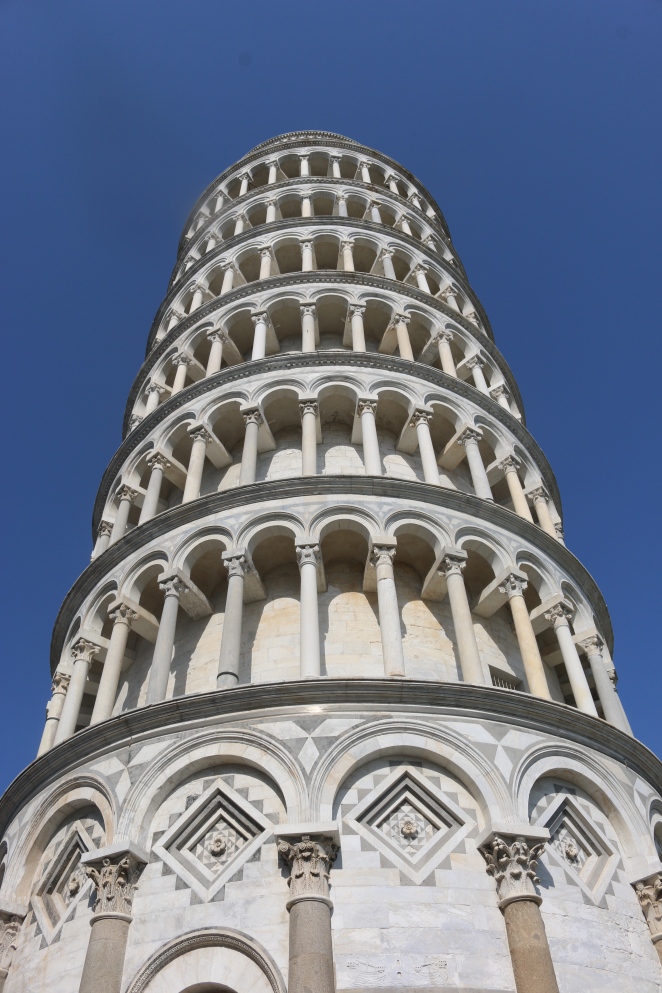 It was amazing! I have always seen pictures, but never imagined that I would actually go there!

It is bigger than you think, and it was at such an angle, it seemed like it would fall over any second. 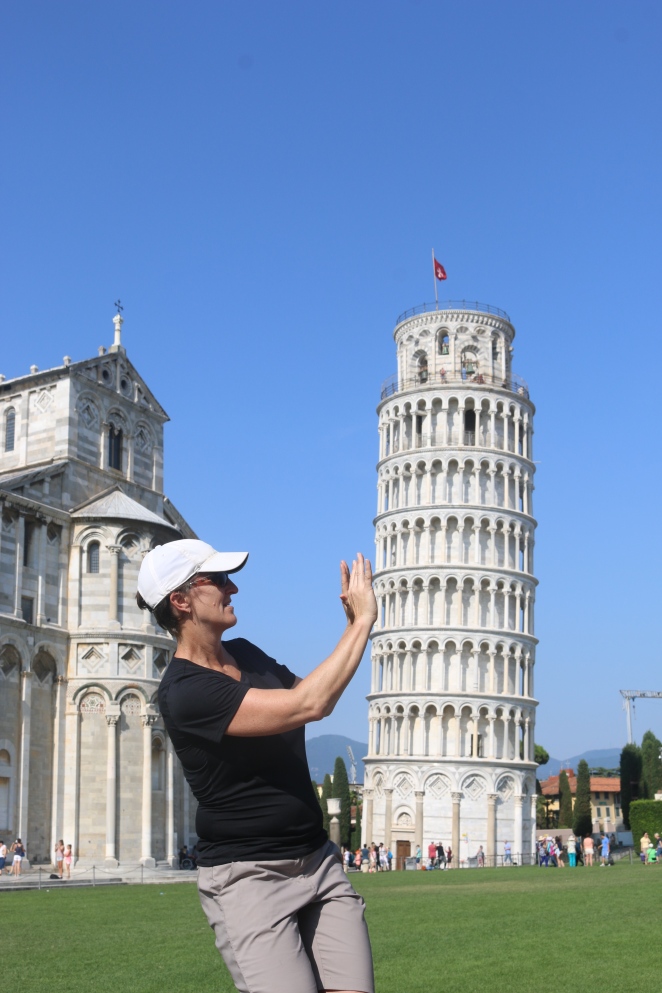 Once we left Pisa, we had an incredible gelato (at least one a day)!

We figured out a very complicated train system in Italian, and got back to Florence to some very welcomed air conditioning!

The views from the train, all along the way!

Look For More Posts From Your Junior World Trek Reporter

2 thoughts on “Food, Food, Food (and much more) in Florence!”