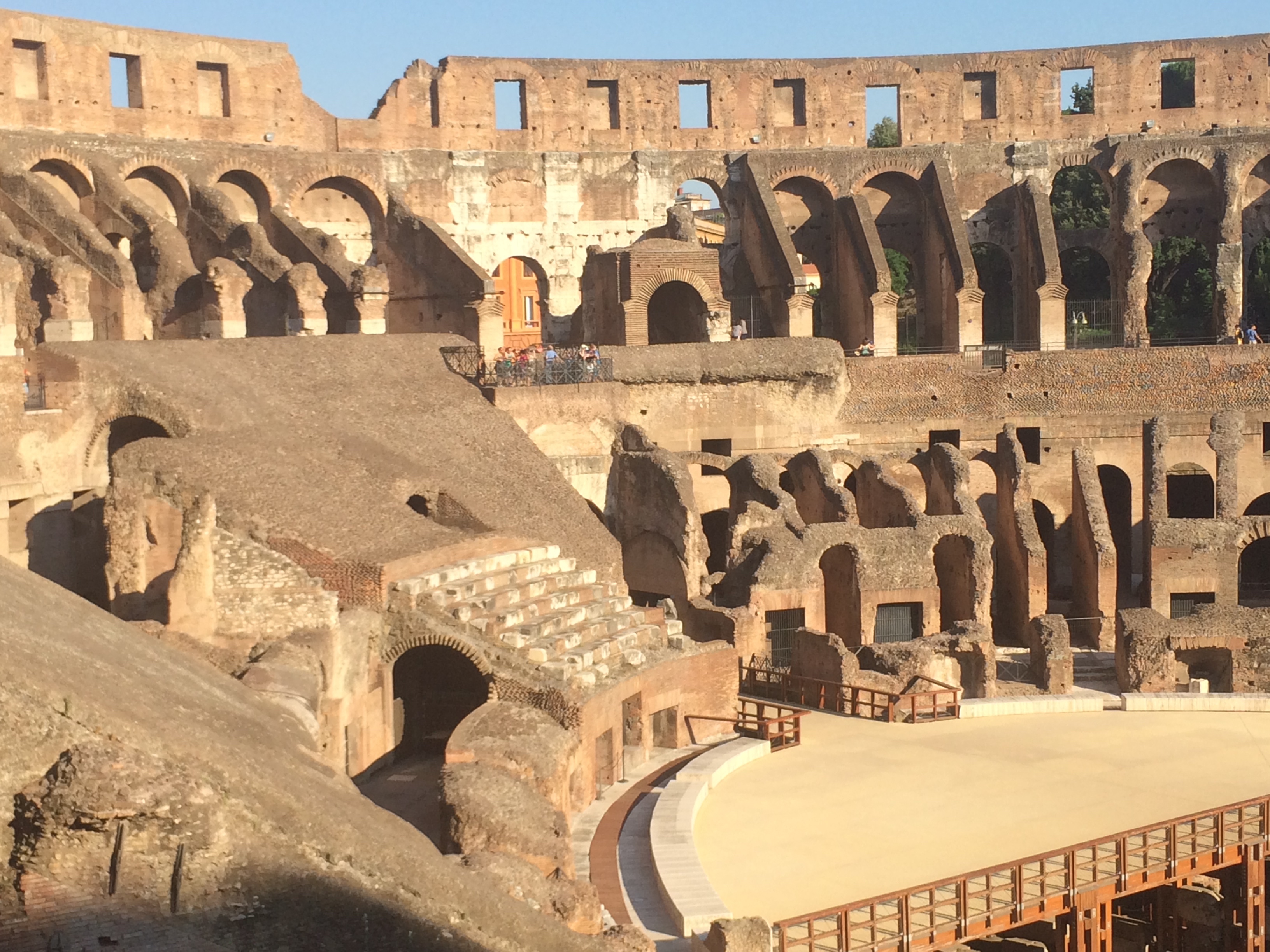 When in Roma….. The Pantheon and The Coliseum

It’s an exciting day — we had a couple of things on the agenda the day after the Vatican. First, we strolled down the streets of Rome and headed to the Pantheon. 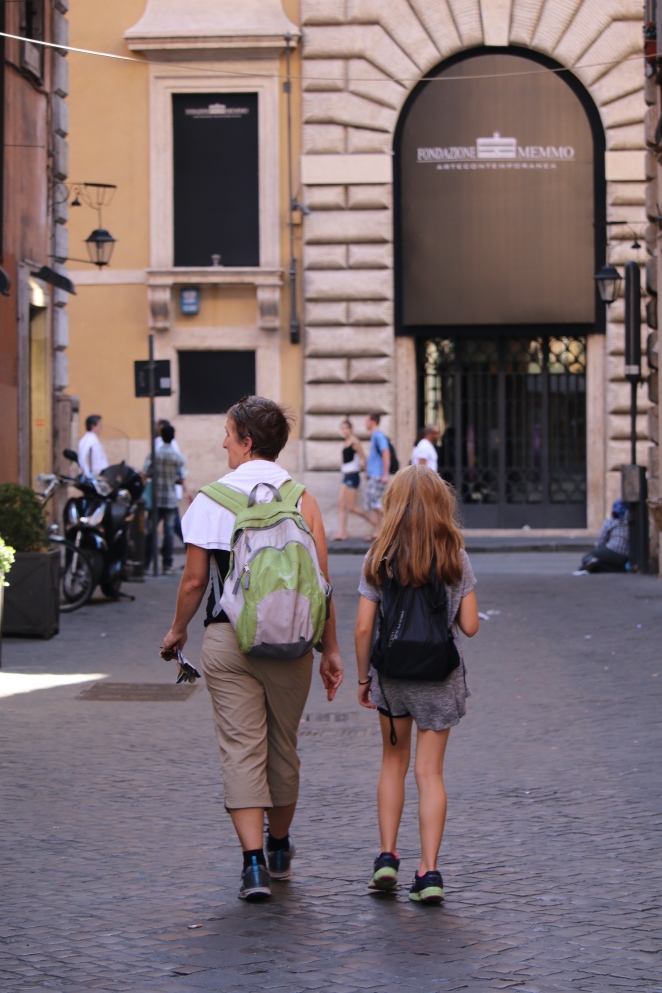 First we stopped at a famous plaza,  Piazza Trinità dei Monti, and the Spanish Steps, the monumental stairway of 135 steps.  Along the climb is a house that belonged to the famous English poet, John Keats, who lived and died there. 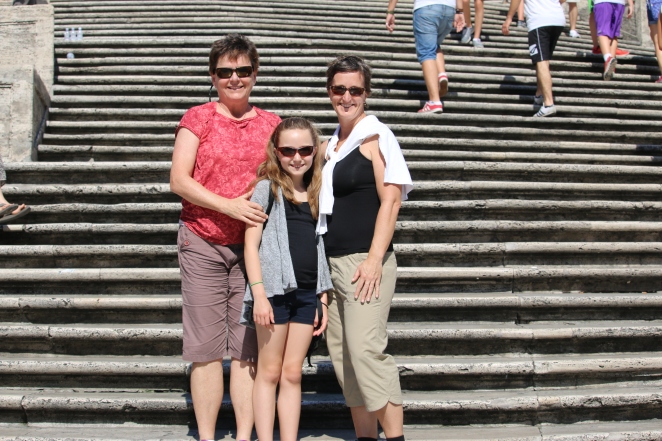 Is this a car or a scooter? 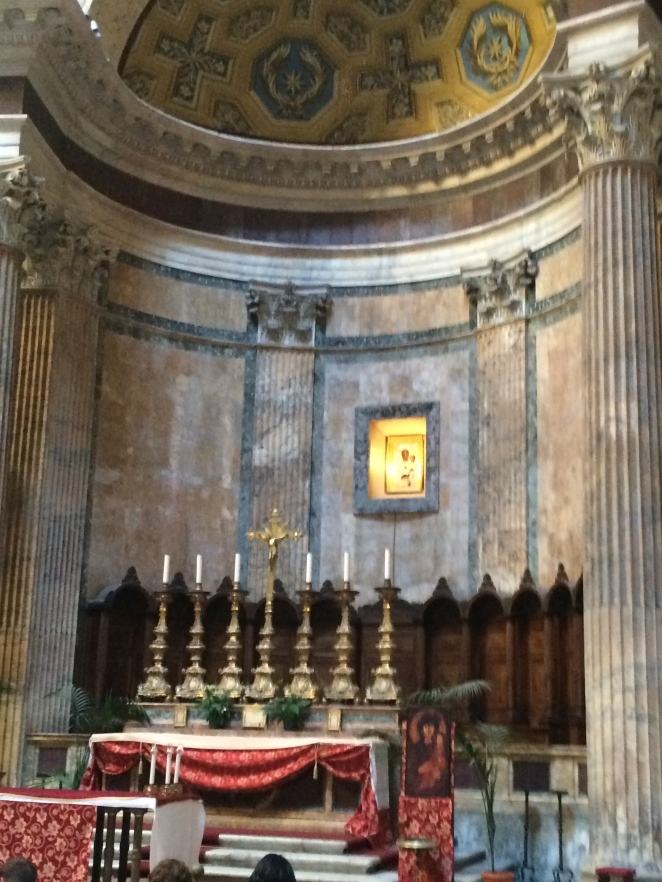 I researched The Pantheon on the web, and here is what I found: “Almost two thousand years after it was built, the Pantheon’s dome is still the world’s largest unreinforced concrete dome.[3] The height to the oculus and the diameter of the interior circle are the same, 43.3 metres (142 ft).[4] It is one of the best-preserved of all Ancient Roman buildings. It has been in continuous use throughout its history, and since the 7th century, the Pantheon has been used as a church dedicated to “St. Mary and the Martyrs” (Latin: Santa Maria ad Martyres) but informally known as “Santa Maria Rotonda”.[5] The square in front of the Pantheon is called Piazza della Rotonda.” 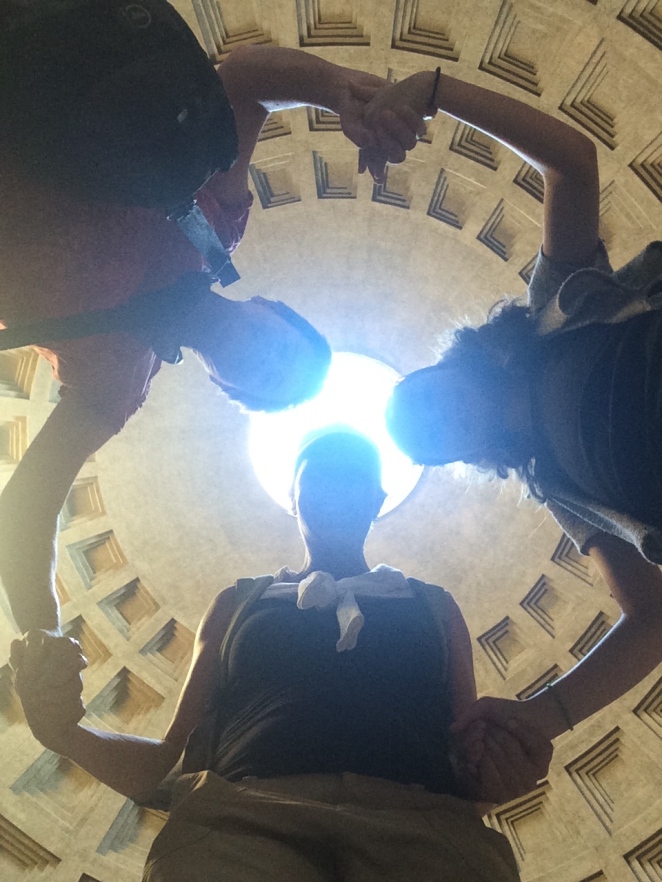 Yes, when it rains, the water comes in to the Pantheon.

These doors were recently renovated and now can be closed by one person!

After some great Italian food, we went to to the Coliseum.  I was so excited to see this place! 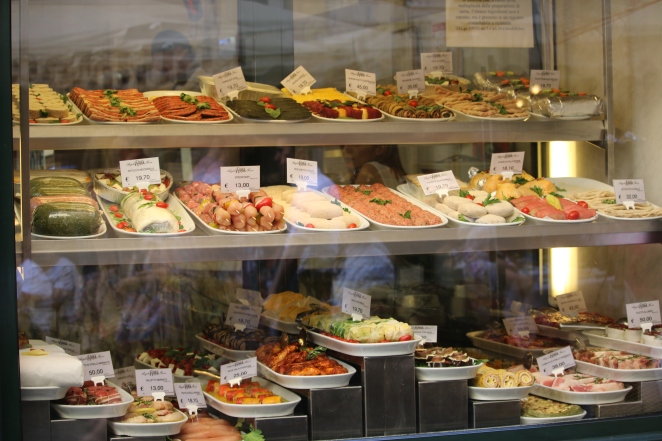 And it did not let me down! Let me share my excitement and enthusiasm with you:

The Coliseum is in many pictures describing Rome. 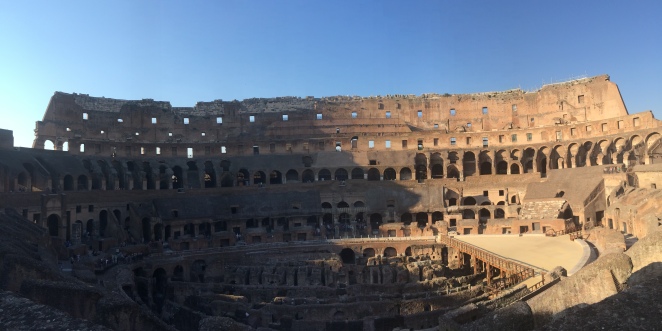 I love pano views! I learned how to do them on the IPhone.

It is a two thousand year old arena that was used mostly for gladiators to fight to their deaths. I don’t understand why people wanted to watch this, were they cheering “Die, Die, Die!” or “Go out and die for your old man!” It was terrible.

After someone would die, they would lay sand over the blood so they could have another round of fighting.

n between matches jugglers and musicians would entertain the crowd. Things were definitely different back then, right?

You can see down below where they would le the animals out.

Later on, humans came up with better ideas for the coliseum, like a theater.  The church put an end to the brutality.

There are other ruins right outside the coliseum, too.  These are called “the Forum,” where there was a marketplace and government structures.  Cool, huh?  The Roman Forum! 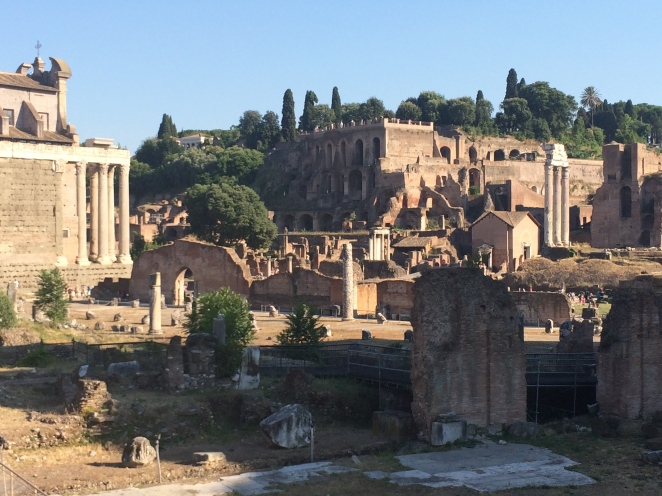 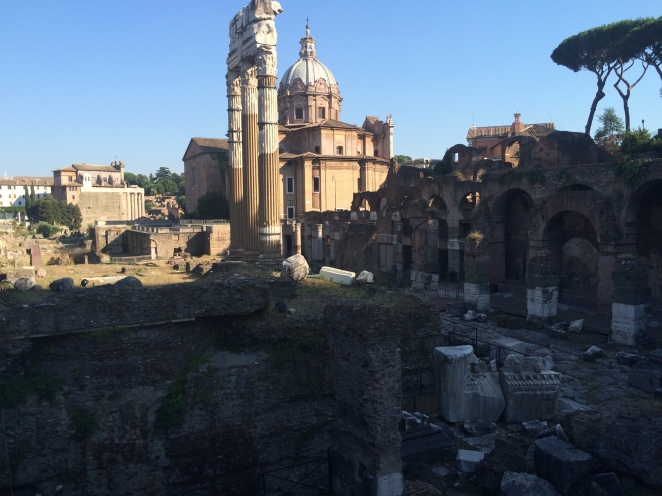 Believe it or not, I think it’s about time to pack our bags (again) and catch the train for the next stop, Florence!

Look for More Posts from Your Junior WorldTrek Reporter

Keep Calm and Travel Around the World!

One thought on “When in Roma….. The Pantheon and The Coliseum”