Saw was dee, (Hello) everybody! We are still in Thailand.

Today was our second day in Bangkok and a pretty fun day too, you can be sure of that!
Ploy and her good friend, Pear picked us up from the hotel and then we took the Sky Train.

Pear was also an exchange student in the US, in Pennsylvania.  We went to two museums, which both taught about Thailand’s past. 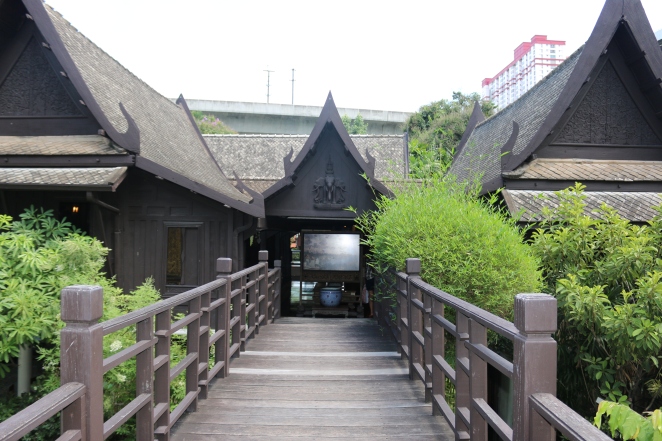 The first one was called Suan Pakkad Palace and had artifacts like spoons, jewelry and pottery. This museum used to be the palace for Prince Chumbhot Paribatra of Nago Svarga and Princess M.R. Pantip Paribatra.

It is a very unique and extensive collection of Thai houses relocated from their original location, each with a different group of objects collected by the prince and princess.  The houses were first used as a reception hall and a place to display their collection.  They opened their home to the general public while still living there, which had never been done before in Thailand. 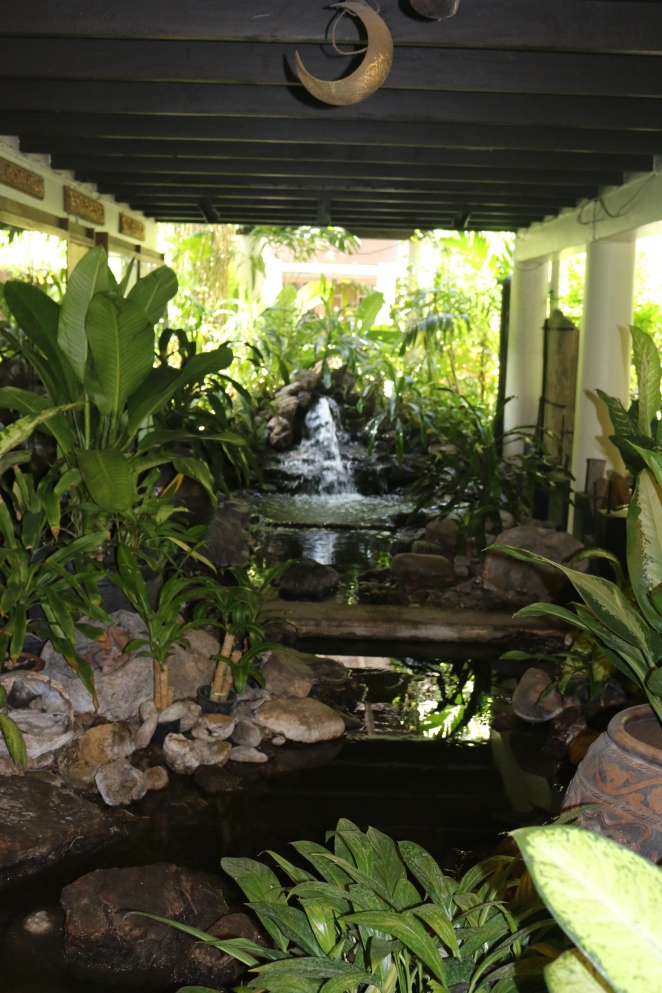 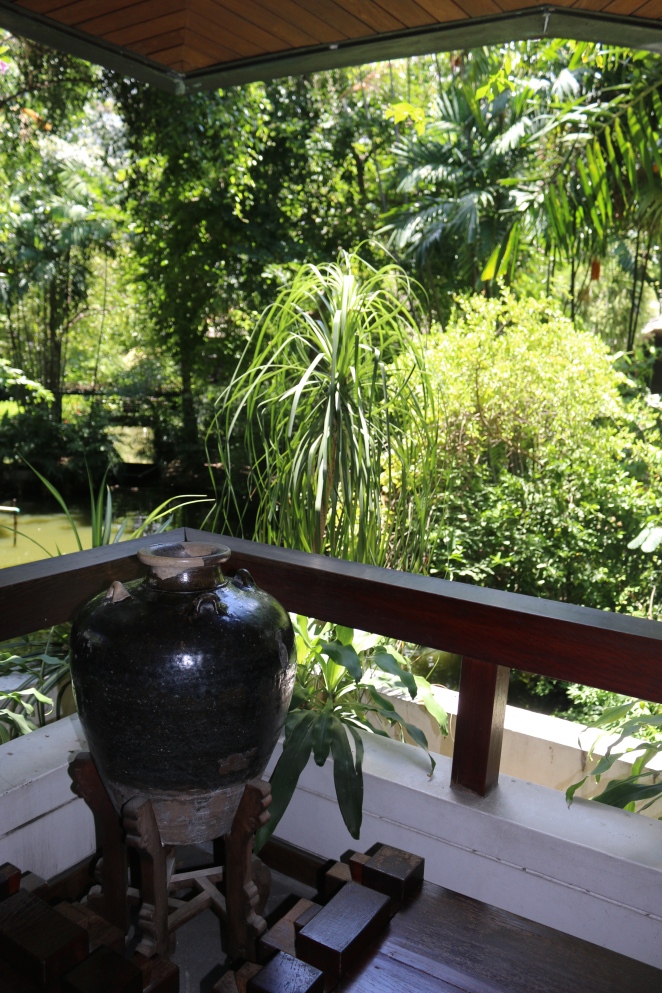 It was a truly exciting museum.

The second museum taught us about the history of Bangkok, Thailand, in the heart of Old Town.  It was called Rattanakosin Exhibition Hall.

It had different exhibits, each dating from a different period In Thailand.

I was fascinated by all the wonderful kings of Thailand.  The king who is rulng now is king Rama IV, and is one of the greatest Thai Kings of all!  He is still very popular.  He is on the Thai Baht – the money of Thailand.  His mother truly made me feel connected to the way Thailand is meant to be, because she taught the current king and his brother to always help people and to be kind.  She raised the kings as a single mom.

After Rattanakosin, we were getting hungry so we decided that we should go to Chinatown via a Tuk-tuk– and yes, there is a Chinatown in Thailand. 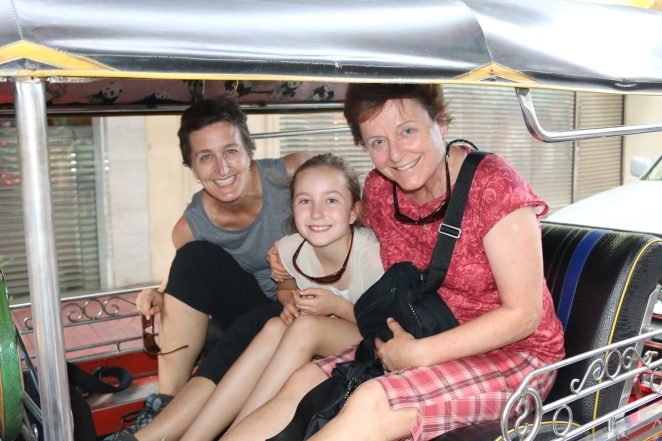 We went to get a nice dinner. Walking through China Town we saw lots of cats and dogs, and lots of seafood, too. 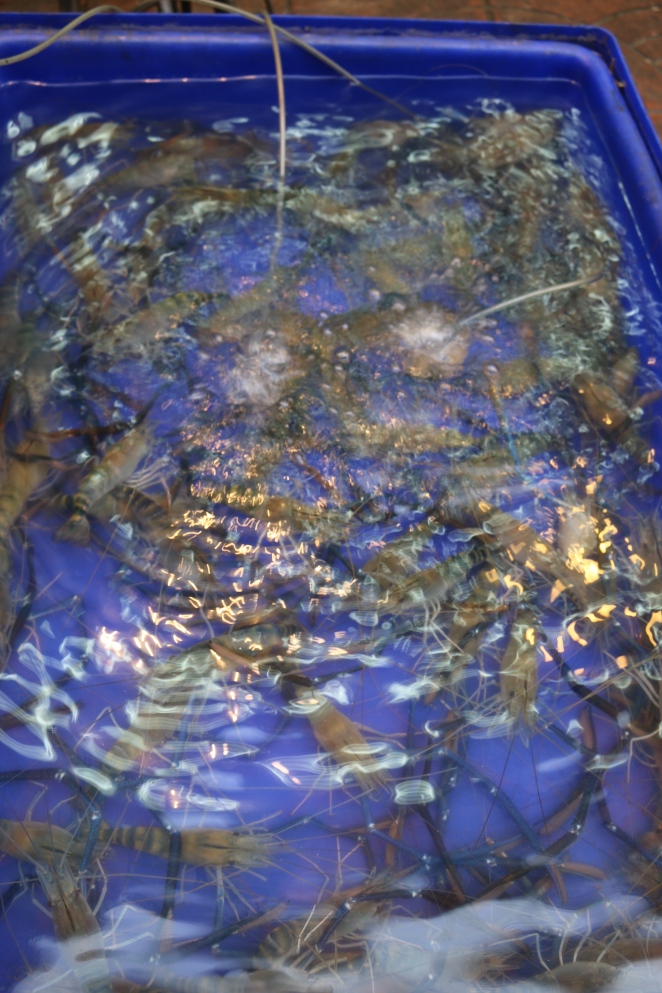 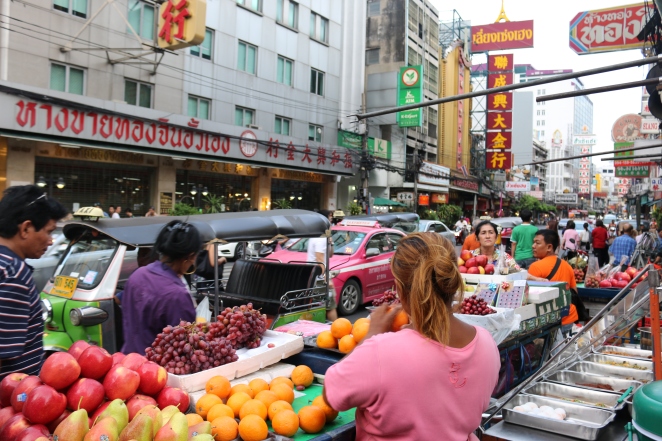 We ate at a delicious place that had shrimp, duck and vegetables. 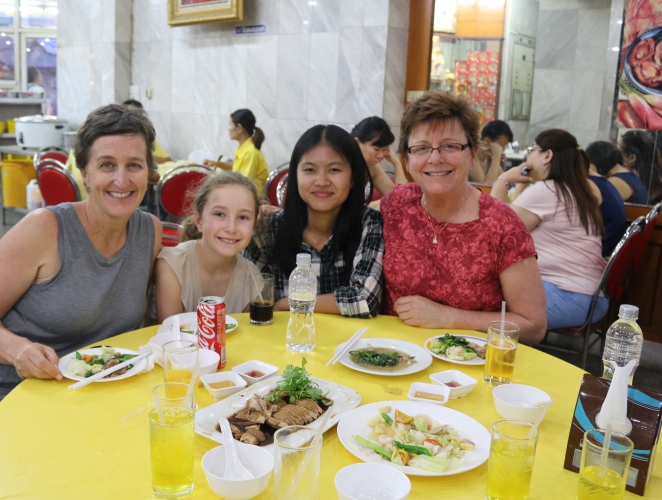 We let Ploy and Pear order for us, knowing they would choose the best!

It was late now, so we retired to our hotel, after taking in the views of Bangkok at night and taking public transportation home back to our hotel.

Look for more posts from your Junior Worldtrek Reporter 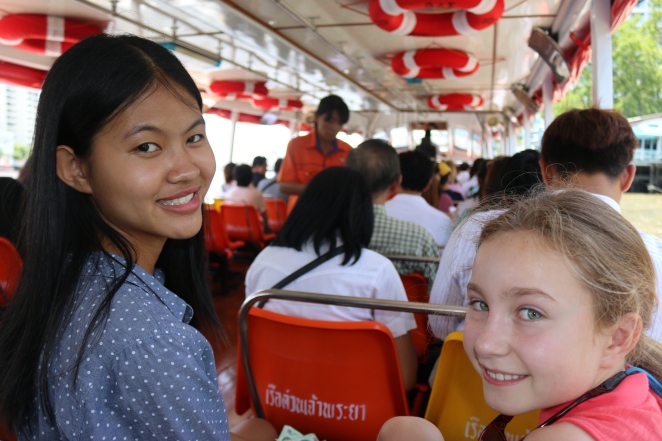