Get your ski jackets on, cause we went to the Antartica Centre, in Christchurch, New Zealand. There are 12 countries who signed the original Antartica Treaty in 1959, which means that these countries will not build or hurt the wildlife in Antartica. They will only do research. There are now  52 countries who have signed the treaty.  There are 50 antarctic research stations set up now.

OMG – I am freezing! The temp went down to 4C

You can view penguins that were rescued from the deep waters of Antartica. Some are partially paralyzed, some have been hurt by ships, and others were sick and they were given a home in the Antarctic Centre (notice the spelling of “centre”).

Marty’s was found by a family on a beach in Dunedin – her left flipper is paralyzed.

You can experience a typical Antarctic storm in the “storm room,” which is way below freezing! My leggings were not enough to protect my legs! So we put on antarctic jackets, and rubber boots that could grip the ice.

We rode in the “catmobile,” or rather, the Hagglund. This two car vehicle can climb steep, almost vertical mountains, go over 3 meter (over 3 yards) crevices, and float in water. It can travel through water like a boat and travel like a snow cat across the snow and ice. If it gets stuck in water, it can float for 3 hours, until someone comes to help. It was like a roller coaster! We rode up and down steep hills and on the side up to a 45 degree angle, and went in water, too.

We also saw 4D movies – the fourth dimension is sensory, so there is water and wind that blows right at you during the movie. We saw highlights of Happyfeet and the Antarctic Excursion. It was a cool and freezing experience.

I got to stick my hand in antarctic salt water and see how long I could keep my hand in the freezing cold water. I made it over —— 45 seconds.

I stood on the north and the south pole melted ice, too.

We saw the U.S. headquarters the plane that travels to Antartica for research. The planes land in Antartica with skis instead of wheels! New Zealand is the closest country to Antartica and the flight takes four hours. 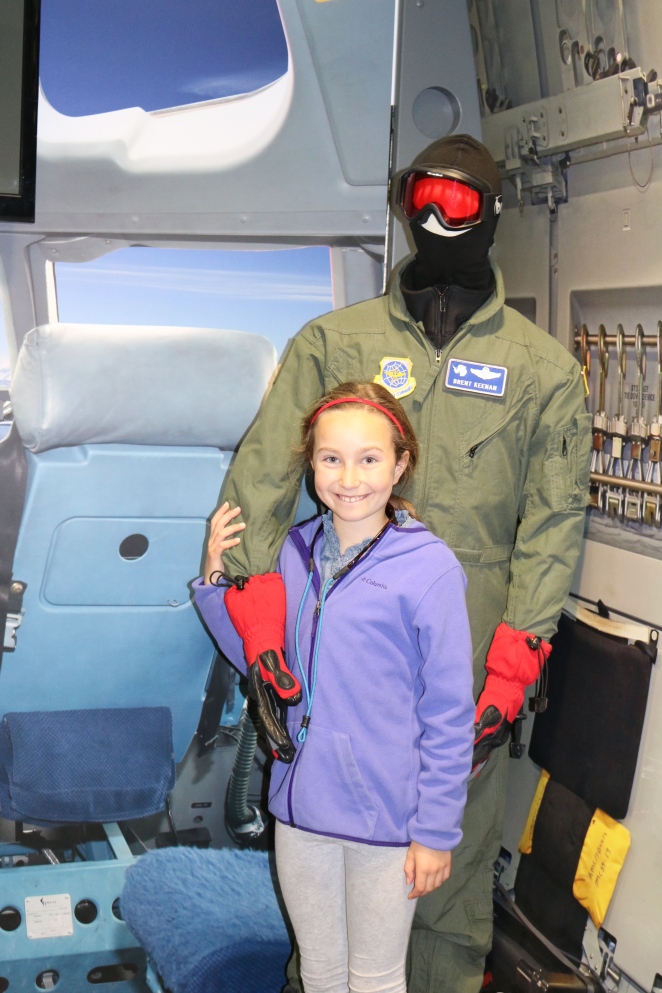 While in Christchurch, we learned about the 2011 earthquakes. There was one where the epicenter was very shallow and right in the center of the city. It was the deadliest peace time disaster in New Zealand’s history and 185 people died. It damaged thousands of homes and businesses across the city. We learned that there were over 5,000 homes and 1,500 businesses ruined. We still saw many of the damaged and demolished buildings. It will take 20 years to finish rebuilding. Only 20-25% of the city is rebuilt after 4 years. We passed a memorial with many different chairs which represented each person who died in the earthquake which made me sad.

Stay tuned for more from your Jr. World Trek Reporter! 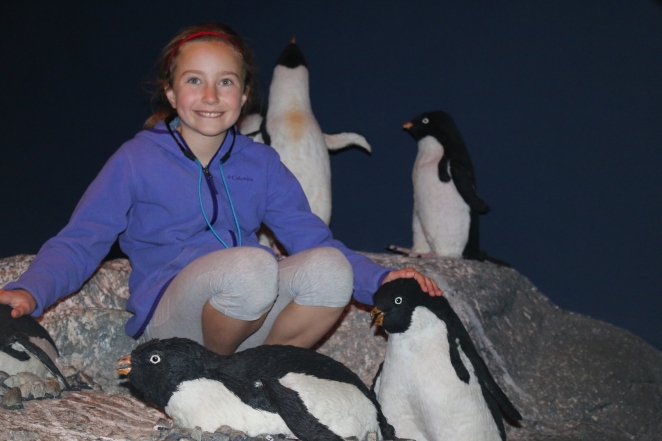 Stay cool & Keep Calm and Travel Around the World! P.S. A note to our my readers and followers…..the internet is slow right now because we are on the Great Ocean Road in Australia–more posts to come soon!

One thought on “Antartica — Very Cool!”