Hi Folks!  We are still in Kyoto!  This is our second and last day here.

Have I told you that the food in Japan is always amazing?!  Well, the next morning we woke up and had our tea in the tea room, and then we were treated to a typical Japanese breakfast, which we would NEVER have in America.

The meal included a whole fried and salt-encrusted fish, a cube of tofu with soy sauce, pickled cucumbers, two eggs in the shape of squares and a bowl of miso soup. 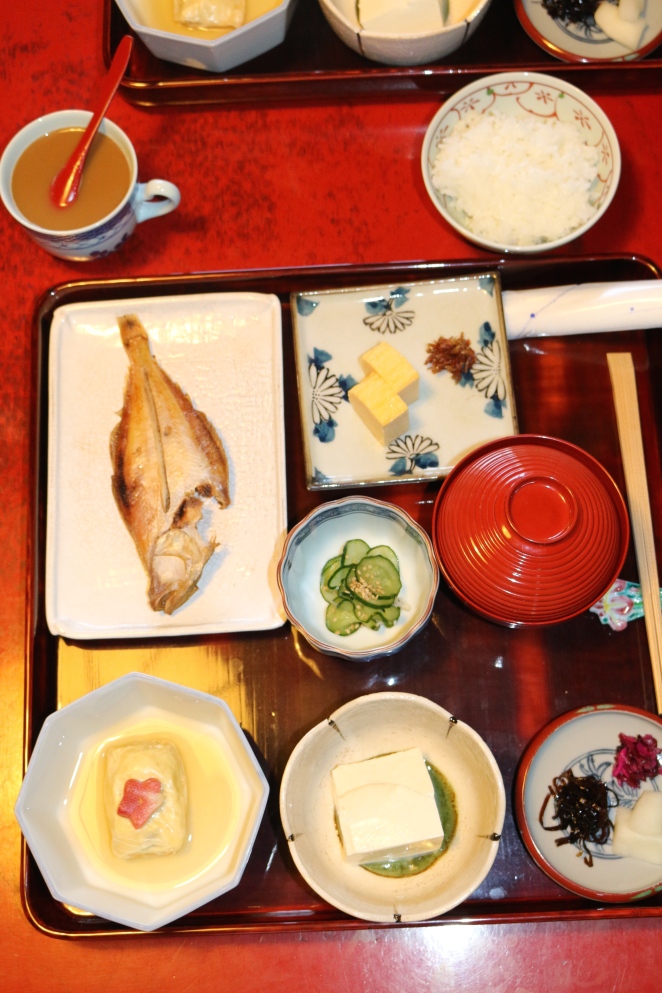 I bet none of my friends and classmates have this for breakfast!

It was very different than Cheerios, that’s for sure, though I really enjoyed it.

Kazu met us at the hotel and we were off to tour much more of Kyoto! 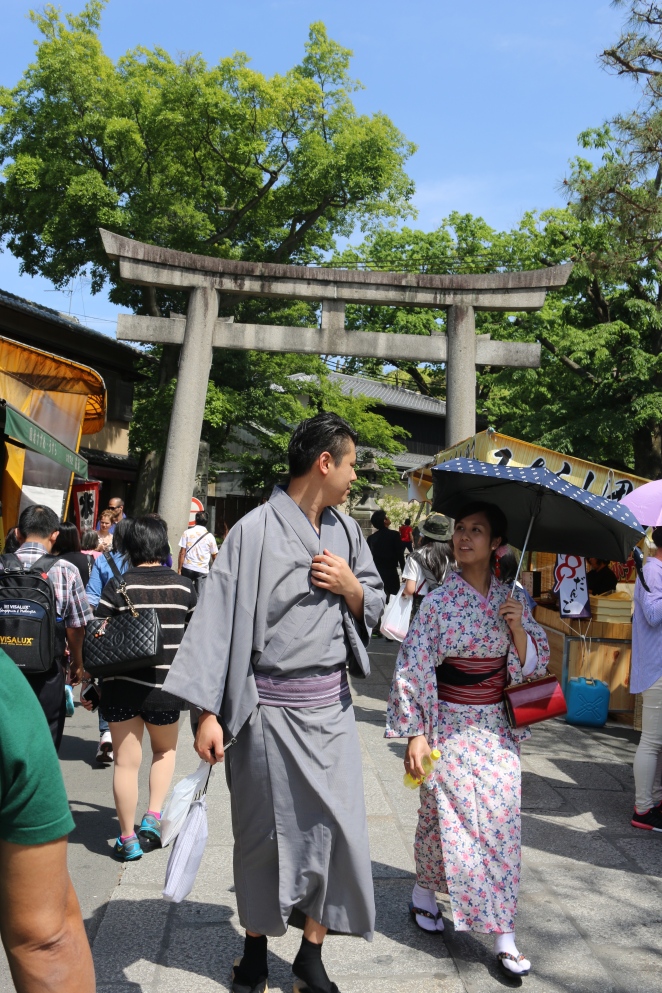 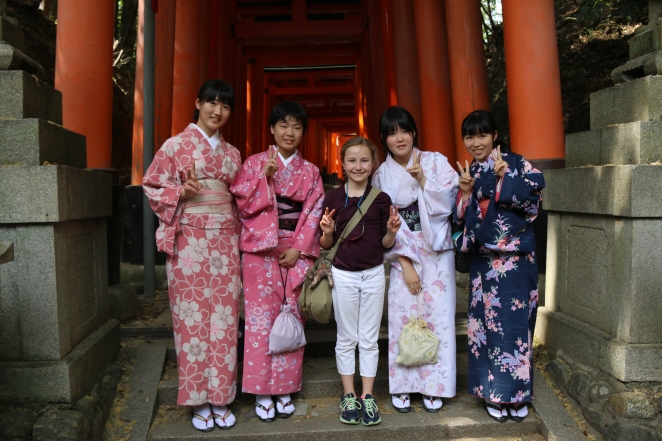 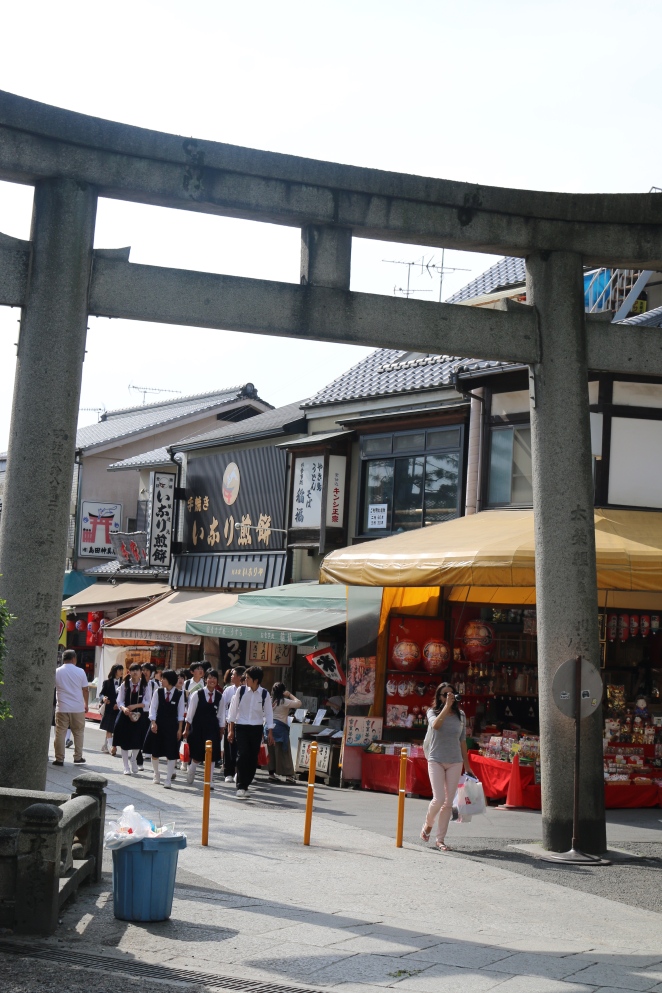 Fushimi Inari Shrine is famous for its thousands of torii gates, which make up a large network of trails.

Torii gates are supposed to divide our world and the spirit world.

The shrine is also known for the fox that guard at the shrine. 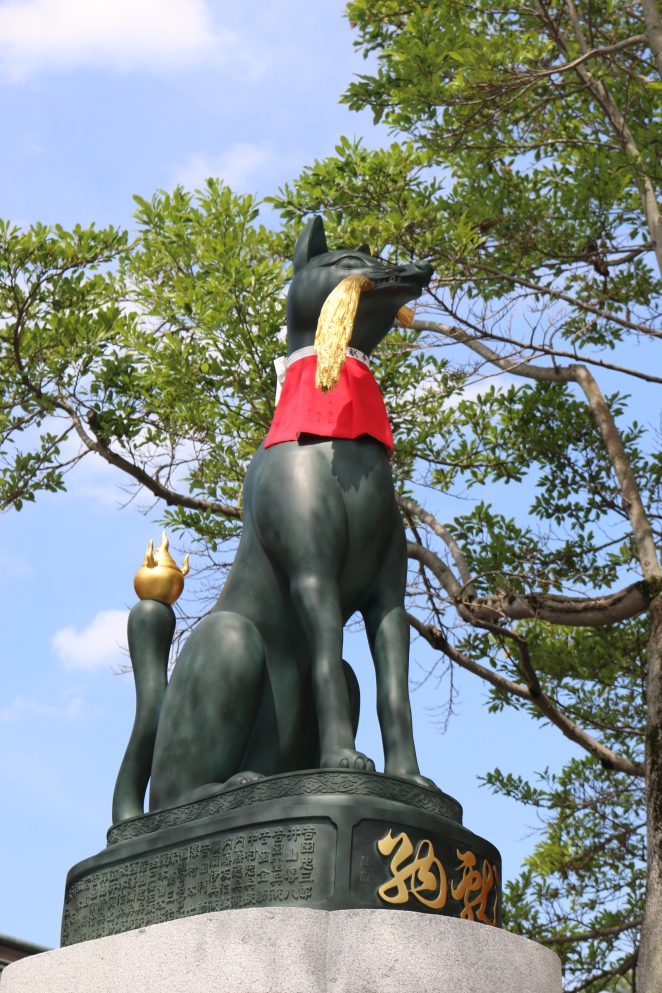 They are present all over. 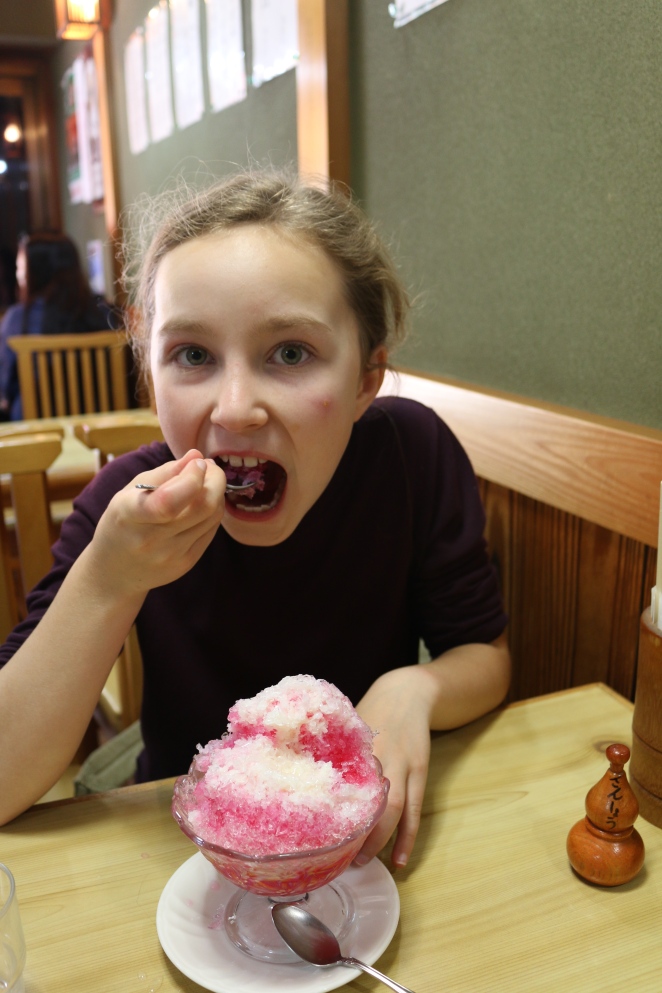 Kakigōri (かき氷?) is a Japanese shaved ice dessert flavored with syrup and a sweetener, often condensed milk. As you can see from this photo, I loved it and it was very refreshing on a hot day! 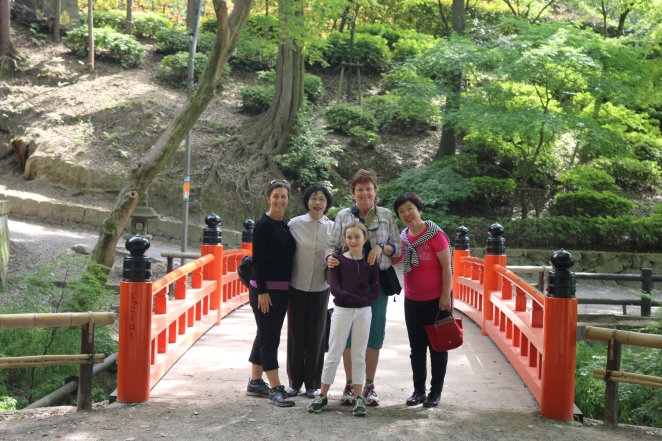 What a fantastic time we had with her touring one of the world’s most famous shrine and temple cities.

After another day of great sight-seeing and of course some refreshments, we went to the train station to head back to Kobe and say goodbye (and thank you, again!) to Kazu.

The next day in Kobe we went shopping at a huge Japanese mall – which was perfect timing because it was raining.  That night we went to a delicious Teppanyaki steak restaurant, where our food was cooked right before our eyes on a iron grill – sort of like Benihana’s.

Our chef really made our experience better — he put on a food preparation show for each course, and most of all,  he is a huge Harry Potter fan!

He was so jealous when he learned that we were going to Universal Studios’ Harry Potter tomorrow!  I think he was trying to put a spell on my dessert! 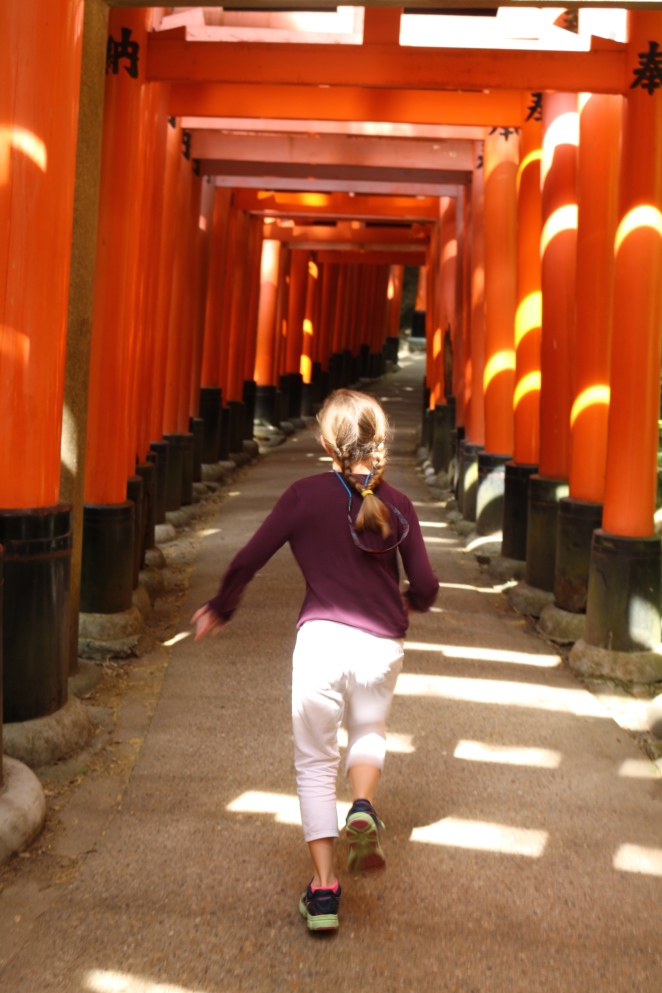 Well that’s the end (ha ha) of this post.  Next up, something magical!

Look for more Yukata from your Worldtrek Reporter 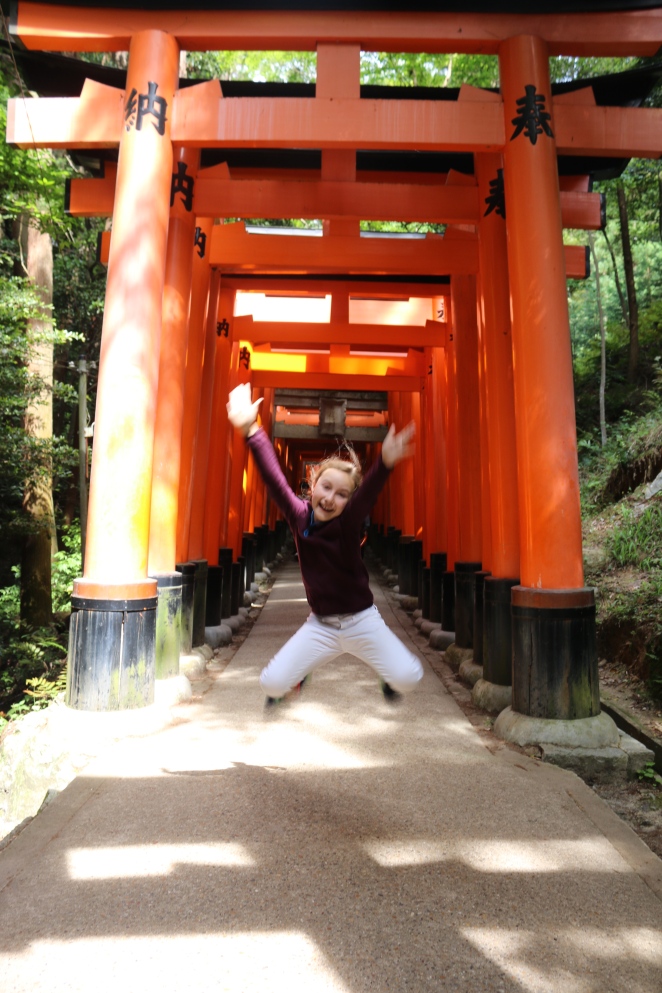